In 1980, John Broome built a Vekoma Corkscrew roller coaster at Alton Towers, starting the transformation of a small leisure park into the Alton Towers that we know today.

Two years later, in July 1982 Claude Cooper opened the same model of ride at Spanish City, Whitley Bay. For a fare of £1.00, riders were treated to the double inverting ride, featuring a colour scheme perfectly suited to a summer sky in Whitley Bay.

As the ride was constructed, locals expressed concerns about its giant size in a largely residential area and a 5,000 petition was presented to the council. Ultimately, the ride was dismantled in 1989 and relocated to Flamingo Land.

For more information about the Corkscrew and the park’s history, we recommend the book The Dome of Memories by Mick Sharp, available from our friends at Joyland Books.

These photos are embedded from Flickr, many thanks to the users who uploaded them. 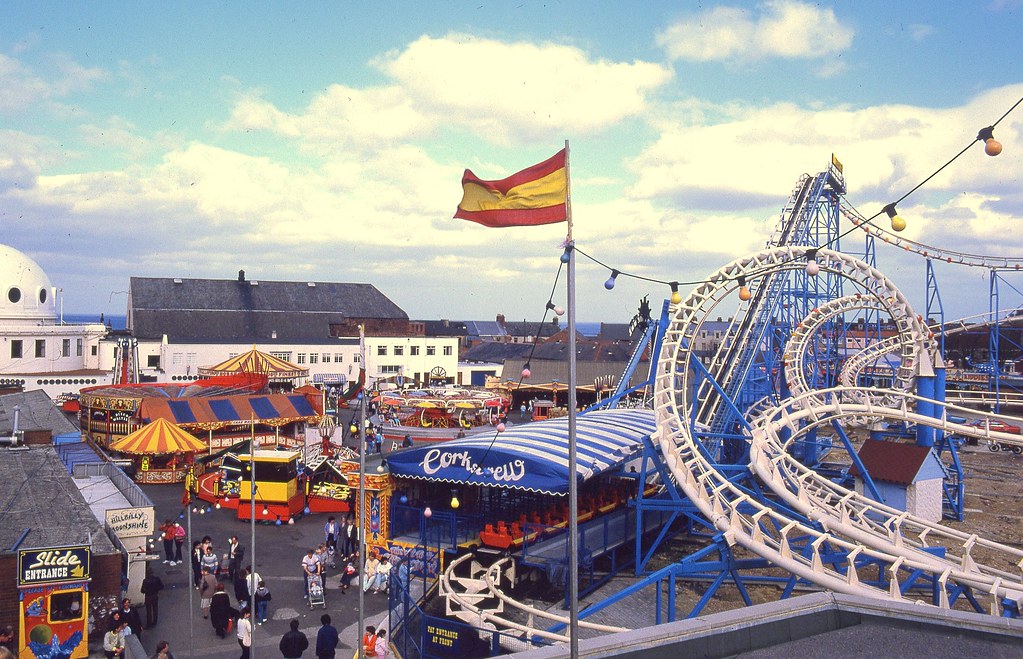 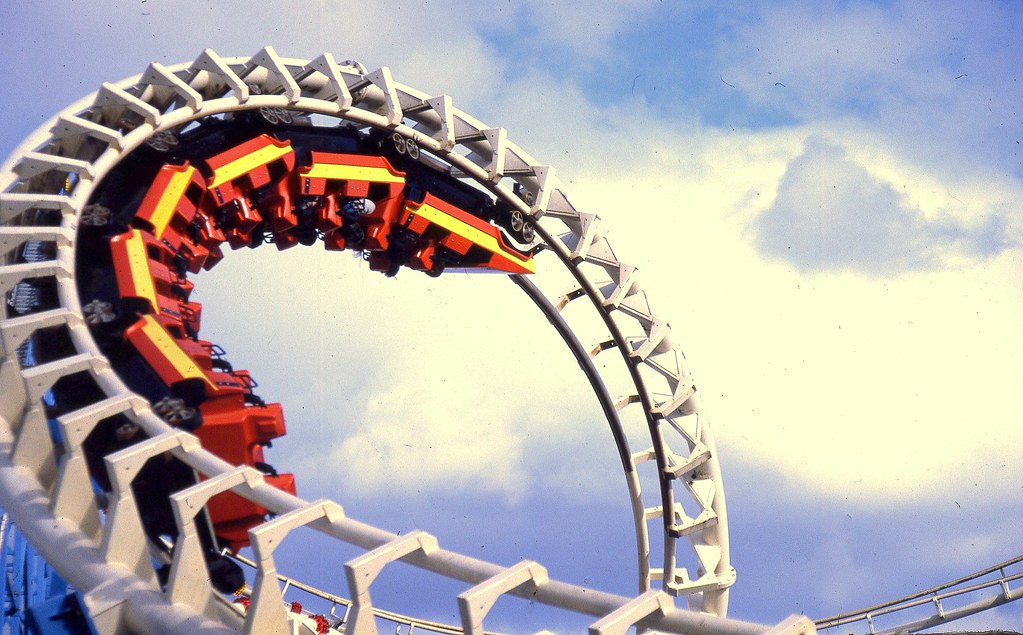 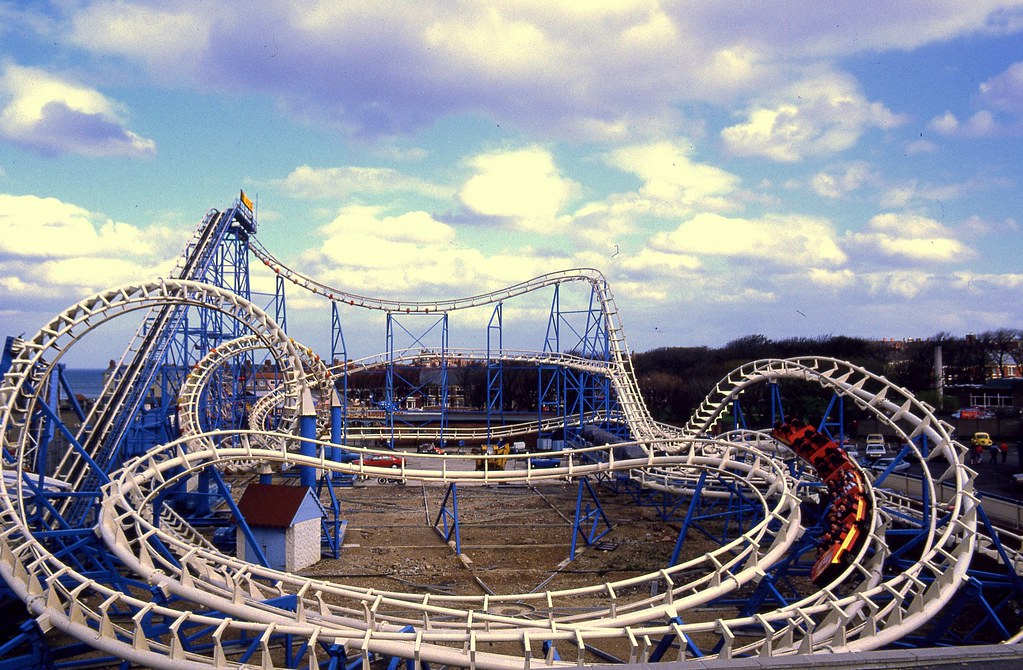 🌳 Park Index
UK parks of the past, present & future with related content

The Swarm at Thorpe Park was the second B&M Wing Coaster to open. The first was Raptor at the park's sister park, Gardaland, in Italy.